Birmingham is the second largest city in the UK. With 4 hotels with an AA 4 star rating and one more in the construction phase. The city has a range of opportunities for a chef career. Birmingham is going through an ongoing regeneration. With many new public spaces, hotels and commercial buildings being due for completion in 2025.

Finding Accommodation And Living In Birmingham

A Few Facts About The City Birmingham

An Indication To House Prices In Birmingham

Out And About In Birmingham – Alcohol Prices

The Best AA Rated And Luxury Hotels In Birmingham 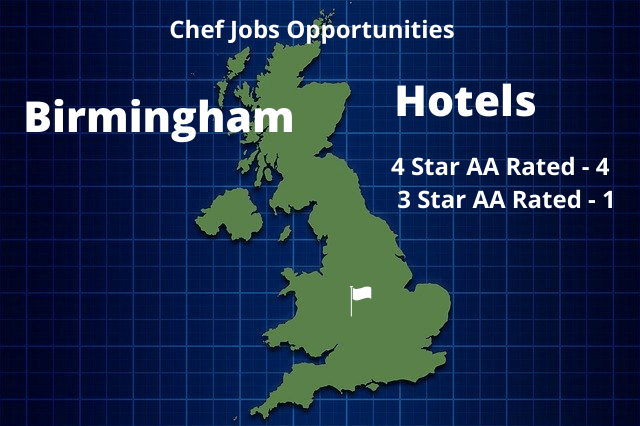 Once working in your hotel chef job there will be days off to take care of.  For those days off when you need something to do here are 10 ideas as ranked by tripadvisor readers.