What Is Wasabi? The Real Deal And Health Benefits Of Real Wasabi
Skip to content

What Is Wasabi? The Real Deal Of This Tasty Spicy Japanese Import 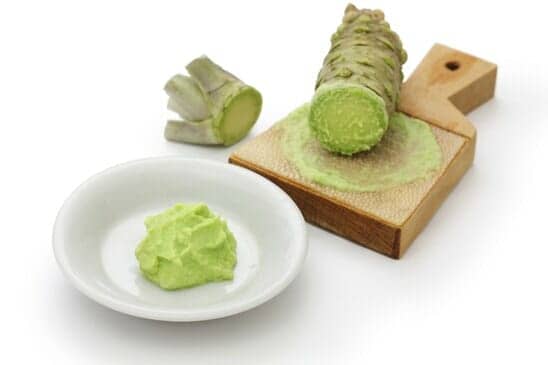 It’s got a funny name, but this Japanese import is no laughing matter. so what is real wasabi? It’s spicy, tasty, and packs some pretty important health benefits, as well. However, it’s harder to find here than you might think.

Furthermore, if you’re buying it without researching the brand first, chances are good that you’re not getting the real deal. Chances are your just eating horseradish that’s been coloured light green.

Real wasabi, unlike the many brands in the stores, is actually made from wasabi japonica. Which is a very rare plant. That rarity means it’s costly and pretty hard to get a hold of, even if you live in Japan. Unlike horseradish, which is the root of a plant, wasabi is made from a rhizome, which is a root-like stem and grows above ground.

What Is Wasabi? The Real Deal

Wasabi is related to both horseradish and mustard. This is why both of those are used to make what most of us know as wasabi. And like mustard and horseradish, wasabi has benefits that go beyond making your sushi taste better. Or lending a spicy heat to other dishes (it’s used on everything from veggies to steaks by those brave enough to try). 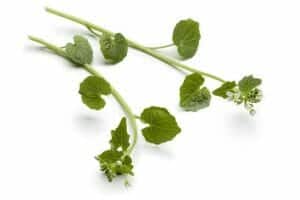 If you want to enjoy all the health benefits offered by this food, you’ll first need to make sure that you have the real thing, and not a horseradish/mustard mix. While both horseradish and mustard can offer health benefits, they’re not the same as what you gain from wasabi.

In most cases, wasabi must be grated fresh, and added straight to the food or placed on a plate beside the dish. This is because real wasabi begins to lose its flavour in as little as 15 minutes of being grated. However, if you’re main interest is in the health benefits on offer, rather than using wasabi in your cooking, a powdered version can be just as effective as fresh.